Get fresh music recommendations delivered to your inbox every Friday.

by Bate the Love of Horses, a Hex upon your Grace 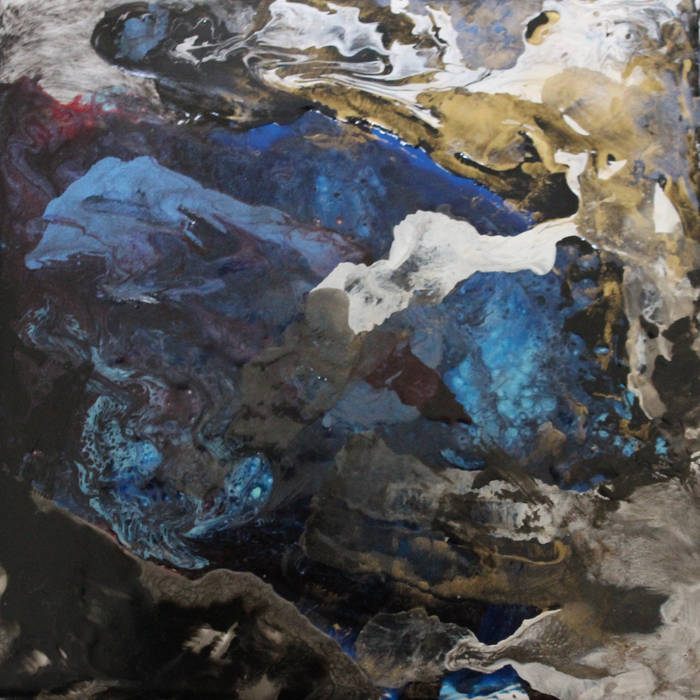 All proceeds (outside of Bandcamp fees) will go towards supporting Women's Aid in Northern Ireland via She Sells Sanctuary.

She Sells Sanctuary is a community project formed in response to the spike in domestic violence rates during the Covid-19 epidemic.


Coming together at home on the 29th February 2020, it was decided that the four musicians would improvise together on what instruments were close to hand just for fun. There developed some sublime moments gradually extrpolated from the primordial ooze. Both have been included in this collection.

---Bate (Ruth Bate)---
Ruth Bate is a modern Artist from Salford England currently living in Belfast Norther Ireland. During a temporary hiatus in his ongoing work as a visual artist he discovered a new form of artistic expression through writing recording producing & performing Music. his musical work revolves around the absurd and surreal nature of the human condition. His live performances gave him a platform to experiment in performance art switching between comedy and tragedy through manic and absurd behaviour. For example gyrating wildly on top of wobbling tables whilst chanting mantra like vocals such as “you’re pregnant and you know it” or “What the F**k’s wrong” with his Deeply unusual baritone voice, to a backdrop of bombastic and surreal synth Rock/Pop hybrid backing tracks. It is hard to pin down Ruth Bate to any specific genre as his work follows an exceptionally free stream of consciousness. For example he is currently working on 4 Albums simultaneously 2 of which are instrumental, and 1 of those 2 being an album of soulless North Korean propaganda music. You can find Ruth Bate”s debut Album An Elephant In Musth and 1 single on bandcamp along with a further 7 Albums he made with his brother and close friend under the name Modern Blonde.
ruthbate.bandcamp.com
modernblonde.bandcamp.com


---Hex (Die Hexen)---
IE HEXEN is an Award-winning, self-taught multi-instrumentalist composer, producer, sound Artist and recently turned filmmaker (Dianne Lucille Campbell). Born and raised on the remote coast of Northern Ireland, her Avant-garde and often otherworldly compositions exist and operate on the edge of reality. A notable constant throughout DIE HEXEN’s musical journey is her preternatural understanding of the union of sound and vision. DIE HEXEN is truly mesmeric in her performance and stage shows, and this hypnotic transportational quality carries through in her abilities as a composer. From sweeping orchestral scores to minimal percussion, hypnotic synths and delicate piano refrains, DIE is known for creating unique sound worlds spanning a wide range of genres for narrative, experimental film, animation, dance, performance and game. Catching the attention of BAFTA & Ivor Award winning Composer David Holmes, her composition ‘Gloomy Sunday’ featured on his poetically curated LATE NIGHT TALES (2016) to great acclaim.

“Die is a special artist in more ways than one. From the first time I heard her compositions I knew she was destined for great things especially in the film soundtrack and art world” DAVID HOLMES (Composer, Producer)

“EL HOR simply put just blew us away… It’s a phenomenal calling-card for a blazing new talent, one we keenly anticipate seeing more from in the future” FESTIVAL JURY (Dublin International Film Festival 2019)

Other collaborations include ‘ONAR’ a Sci-fi fantasy game and ongoing commission by UK Games Fund/NI Screen in collaboration with Rewind Play Games and ‘LIMBO’ Dir. by Matthew McGuigan that screened at BAFTA talent showcase April (2019). DIE HEXEN has also won nominations for BEST COMPOSER & SOUND for 3 consecutive years at BAFTA’s UNDERWIRE FESTIVAL for ‘POLLEN’ Dir. Helen Warner (2016) self made 'AM I DEAD’(2017) & ‘EL HOR’(2018), and has also won a Royal Televisions Society Innovation Award (2016) for BAFTA winning OUT OF ORBIT'S #WEAREYOU campaign.

via Burning Witches Records / DEATH Recordings and is available at MONDO.

---Grace (Grace McMurray)---
Grace McMurray, usually a visual artist, marks her musical debut with this release. Grace studied Fine Art Sculpture (BA) at Wimbledon College of Art, graduating in 2008. Having exhibited both internationally and nationally, McMurray won the Arts Club Award at the Royal Academy of Arts 2019 Summer Exhibition in London and came second in the David Todd/Landmark fine art prize in 2008. She had also been selected to show in the Jerwood Drawing Prize in 2015 and 2017. A member of QSS studios and the Array Collective in Belfast, she also possesses a preliminary certificate of proficiency in beekeeping, and is interested in the expanded practice of drawing using ribbon and pattern. Examples of her work are available at: gracemcmurray.com

Bate the Love of Horses, a Hex upon your Grace Belfast, UK

Contact Bate the Love of Horses, a Hex upon your Grace

If you like Bate the Love of Horses, a Hex upon your Grace, you may also like:

Bandcamp Daily  your guide to the world of Bandcamp